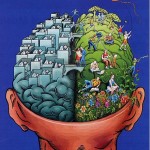 After working in psychiatry/mental health for the last 21 years – I found the newsletter from The People's Chemist remarkably interesting and I did not want to take the credit away from  him or miss any of his points he has made in his latest blog post. He is a smart guy with a whole lot of attitude – maybe why I like reading his stuff. I am re-posting it here. It is long – but good to the last drop.

I may be a perfect candidate for psychiatry.

Shane says I ask questions with period marks to shorten conversations. I avoid eye contact with strangers in fear (maybe it’s anxiety) that I might learn too much about them. I secretly think that Metallica would be making better music if they went back to bludgeoning themselves with party drugs and alcohol, instead of “therapy.” I’m trying to master the Law of Un-attraction to shield myself from a “real job,” small homes and junky cars. And, I’m constantly giving my children advice, only to give it to myself.

Psychiatry, can your drugs help me?

Perhaps these questions are what motivated me to pursue a career as a drug design chemist, winning multiple awards for my work. Nothing gets me more excited than drugs and how they affect the body (except my wife’s abs). I’ve studied their molecular anatomy, risked life and limb to mix and match explosive chemicals in a round bottom flask, and even sold my soul to Big Pharma in exchange for a lab bench and chemical hood.

During this time, I’ve made some surppsychiatric meds, which include antidepressants, anti psychotics, stimulants, and anti-anxiety drugs rising discoveries about.Understanding what I’ve learned will protect you from the flood of side effects that are now being discovered at breakneck speeds, courtesy of the myriad of  patients being prescribed psychiatric drugs in the name of mental health.

Your Own Personal Hell

Antidepressants strive to increase the levels of a “coping” molecule known as serotonin in the brain. It supposedly helps us find happiness when it’s covered in an avalanche of nastiness. But, it’s never been proven. Still, the drugs attempt to boost serotonin by “selectively” stopping the “reuptake” among brain cells. This is where the whole SSRI acronym came from—“selective serotonin reuptake inhibitor.” It’s a slick name, but a stupid idea. Nothing is selective in the body.

While trying to block the reuptake of serotonin, antidepressants can also prevent its release and that of another brain compound known as dopamine. The areas of the brain responsible for release and reuptake of these neurotransmitters are so damn similar (after all, they work on the same molecule) that an antidepressant drug isn’t smart enough to understand which one it is supposed to work on. So it does what any dumb drug would do, it blocks both. That’s why users usually carry a glassy stare in their eye. Fully under the psychiatric spell, they’ve tuned out.

Deep sadness, fear, anger and aggression can set in over time. By removing serotonin and dopamine from the brain, long-term antidepressant users can’t find or feel happiness. Instead, they may become buried in the avalanche of nastiness. And if you can’t find or feel happiness in life, what’s the point? What’s going to stop you from snapping your own neck or spraying bullets on your classmates? Not much when you live in your own personal antidepressant hell.

Think this is all opinion?

According to the FDA, antidepressants can cause suicidal thoughts and behavior, worsening depression, anxiety, panic attacks, insomnia, irritability, hostility, impulsivity, aggression, psychotic episodes and violence. Some even cause homicidal ideation according to the manufacturers. Many long-term antidepressant users will tell you they no longer feel normal emotions —they’re numb, like zombies.

But the side effects of these drugs aren’t limited to hijacking your feelings and emotional state, causing violent and psychotic states. Physical side
effects occur too and include abnormal bleeding, birth defects, heart attack, seizures and sudden death. Over one hundred and seventy drug regulatory warnings and studies have been issued on antidepressants, to sound the alarm on these side effects.

For Elephant Use Only

Psychiatrists prescribe anti psychotic meds such as Zyprexa and Seroquel, for anything from schizophrenia, bipolar disorder, delusional disorder,
psychotic depression, autism or anything else they can think of, even “pervasive developmental disorder,” which is perfect for boosting sales
because it targets children who suffer from irritability, aggression, and agitation. It’s a shame ‘cause these drugs are good for nothing but sedating
irate elephants, not curing psychiatric disease.

According to a study published in Psychological Medicine, anti psychotic drugs cause brains to shrink – they lessen brain matter and volume. Originally designed for those deemed “schizophrenic,” the drug companies came up with a brilliant marketing campaign to sell these drugs to a much wider market—unsatisfied antidepressant users. You’ve probably seen the ads—if your “depression medication” isn’t working, then don’t blame the drug; you may just have bipolar disorder!

Once swallowed, anti psychotics sail through the blood stream where they’re carried to the brain. Like a giant oil spill, anti psychotics cover the brain in a medicinal slick, where brain wave transmission is blocked. Users become devoid of normal brain activity. Motivation, drive and feelings of reward are shunted. If psychiatry considers this a “treatment,” they’re the crazy ones.

If you’ve ever seen someone who has suffered from the “spill” courtesy of following doctors orders, you can’t mistake one of the most common side effects, it’s called Akathisia. Involuntary movements, tics, jerks in the face and the entire body can become permanent side effects for anti psychotic users.

Use This to Jump The Grand Canyon

If you’re going to attempt to jump your scooter over the Grand Canyon, or ride your snow board off Kilimanjaro, stimulants are great. They flood the brain with dopamine and trigger an inhuman surge of adrenaline, responsible for making you believe life is grand, despite eminent death. Outside of that, you’re either a speed freak, a college student trying to learn an entire semester of Biology 101 in 4 hours, or a fifth grader “following doctor’s orders.”

Top stimulants being prescribed today are nothing more than a mix of amphetamines packaged into trade names like Adderall, Dexedrine and Ritalin. Street thugs sell it as meth, poor man’s cocaine, crystal, ice, glass and speed. It’s no wonder kids are now abusing Ritalin, Adderall and these drugs more than street drugs, they’re cheaper to get and they’re “legal,” hence the term kiddie cocaine.

Even the U.S. Drug Enforcement Administration (DEA) categorizes Ritalin in the Schedule ll category, meaning a high potential for abuse—just like cocaine and morphine. All of them have the same effects regardless of how they’re named: Central nervous system overload leading to heart attack and/or heart failure. And kids are dropping faster than Meth Heads at Raves…

Bash Your Head in with Anti-Anxiety Drugs

If you’re not man enough for a drug that could sedate an elephant like anti psychotics, then psychiatrists will prescribe anti-anxiety meds, particularly benzodiazepines. Choosing between the two is akin to deciding whether or not you should be hit in the head with an aluminum bat or a wooden one; anti-anxiety meds being the latter.

Discovered in the stinky chemistry labs of Hoffman La Roche in 1955, anti-anxiety meds aim to trigger sleep receptors in the brain, just slightly. So, rather than being riddled with anxiety, you are put to sleep, halfway. It’s “treatment,” and psychiatrists have been “practicing it for decades.” But, it has yet to work, because drugging your problems away is more dangerous than anxiety. The use of anti-anxiety meds is coupled with a host of nasty side effects such as seizures, aggression and violence once the drug wears off. Hallucinations, delusional thinking, confusion, abnormal behavior, hostility, agitation, irritability, depression and suicidal thinking are all possible outcomes according to Big Pharma’s heavily guarded research papers.

Getting off the drugs could be harder than abandoning a heroin addiction. Some have described withdrawal from “benzos” being akin to pulling hundreds of fish hooks out of their skin, without anesthesia. If you doubt their addictive nature, go to Google search and type in a few of the leading anti-anxiety drugs like Klonopin or Xanax and here is what you’ll find:

Exposing Psychiatry: How to Get The Truth

In total, the side effects of psychiatric meds spread far and wide. And most are hidden from patients and doctors alike. Fortunately, Citizens Commission on Human Rights has solved this problem with a state-of-the-art database that allows people to search through the adverse reaction reports sent to the FDA on psychiatric drugs. It also provides international drug regulatory agency warnings and studies published on the side effects of the drugs.

So, can psychiatry help me? No. And that’s surprising because psychiatric meds are some of the biggest selling drugs, poised to seal the hopes and dreams of millions. Regardless of what mental state I might be in (or anyone else for that matter), there is not a single drug that cures, treats or solves the perceived problems of mental health.

While people can suffer miserably from emotional or mental duress that can hinder their lifestyle, the pseudo-science of psychiatry has yet to solve any of these problems, and in fact only contributes to poor health as seen by the wide array of side effects. Marketing campaigns and ghostwritten medical journals are designed to obscure these facts. But the psychiatric drug side effect database courtesy of CCHR ensures that all patients have access to the truth, to the documented facts, which could save their life or that of a loved one.

Angela is a nurse that has worked for 21 years in the same state funded psychiatric hospital assisting some clients that others might refuse to treat. She works on the psychiatric ward.

She also runs her own company on the side and supports other nurses in how to bring passion into their role at work. Out of the box remedies for speaking to people and more.

* Please note: I am not here to CURE, DIAGNOSE, Treat or suggest replacements
for what a doctor prescribes – I am sharing my nursing adventures with you.

Let us know your thoughts on today's issue?

4 thoughts on “Psychiatry can your drugs help me?”