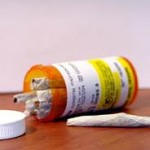 He arrived in a orange jump suit, His hands cuffed. Young handsome well nourished African American with a long history of addiction problems. He was raised by a single mother who was a nurse. He did not know his father.  His problems began in elementary school where he obtained  a 6th grade education an no GED. He said," I stayed in trouble all the time from my behavior, school was to hard." He was ask about his home life – he referred to his whipping as a child more like beatings. With a low education his work history was easy to follow. He worked mostly restaurants for a small wage that did not cover his $20 a day drug an alcohol habit. He began stealing to provide for his two pints of absolute vodka to help swallow his Lortab – then kicked back to smoke his crack sprinkled  marijuana cigarette.

His story had began, so had his legal history that landed him in prison for 8 years. He was denied for parole three times.  He served all his time. From the age of 19 – 27 yrs old he was behind bars. Once he got out he  again served two more years in a local jail for receiving stolen property from a friend.

Today he sits on a mental ward tormented by. 'Voices'.

At 3 am a loud bang rang out in the quiet hallways. Staff began running down the hall to follow the noise. He walked out of his bedroom to the hall, plopped down on the couch with his head in his hands.

The staff looked into his room, noticed that the drawer from the wardrobe was broken laying in the floor upside down. After attempting to talk with him, which seemed like 6 minutes was only two before he spoke." They told me to do it" then handed his arm toward the staff. Red streaks across his forearm where he scratched the surface with his coloring pencils – that were removed from the room. He sat quietly. The staff remained with him for safety as the doctor on call gave an order for Haldol 5mg Im now. Six staff walked with him to his room to explain the order. He slowly laid down on the hard plastic mattress exposing the wings tattooed on his shoulders ready to receive medication to quieten his inner world.

One staff remained with him, one to one for safety.

The voices in his head are much like the ones in your head, except… yours remind you of the grocery you need to pick up or the kids next soccer game. His voices are demanding, yours are gentle.

The nurses reaction skill must kick in. After 8 yrs in prison, interaction with him has to be soft, stern, understanding, and cautious.

You don't learn that in nursing school but in a Psych ward at 3 am.

She also runs her own company on the side and supports other nurses in how to bring passion into their role at work. Out of the box remedies for speaking to people and more.

* Please note: I am not here to CURE, DIAGNOSE, Treat or suggest replacements for what a doctor prescribes – I am sharing my nursing adventures with you.

What Did You Think?

Let us know your thoughts on today's issue.
Post your comments below here.

Forward this email to a friend!

13 Tips on how to leverage LinkedIn

Most people know that social media is an effective recruiting tool, but they struggle with what exactly to say in order to start the conversation.

Leverage the power of LinkedIn in one hour a day.

Categories
Recent Post
What Others Have to Say
"Angela is a valued leader in the industry, if you're looking to become a top producer then you can't go wrong working with Angela. The time Angela gave to me was forthcoming and unwavering, I hope to connect up with her again in the future." Michael Henry
I put Lavender puts my very active 2-yr-old daughter to sleep almost immediately! I've made it a part of a very special and new "princess" bed time routine and she loves to smell her feet after I'm done :) Also, last night, I u...sed it on myself and my husband loved it! He kept saying, you smell sooooo good! I felt like I was on a 2nd honeymoon :) Thanks! Aesha Adams-Roberts www.aeshaonline.com
In the crowded world of internet personalities, Angela Brooks is a breath of fresh air. Talking to her in a meeting or on a conference call is no different from enjoying a cup of tea at her kitchen table. She’s real. She’s honest. And she’s never afraid to share what she has learned to help inspire or educate someone else - even when there’s nothing in it for her. Amity Hook-Sopko Editor, Green Child Magazine (www.greenchildmagazine.com)
In the years that I have known Angela, she is consistently one of the most focused and caring people I know. Her passion for coming alongside people who have decided to make a positive change in their lives is simply inspiring. The lives that have been touched and improved by her servant leadership reach far and wide in many directions because she never shies away from the opportunity to be available to the people who call her friend. It's been a delight to know her and to see the lives that she's impacted through business and connecting on social media. Annie Berryhill Lifestyle Strategist- Author of the book, Breakthrough to Freedom-Creating a Life You Love On Purpose. www.anneberryhill.com
Angela Brooks has a rare combination of fire, compassion, and resourcefulness that makes her an indispensable friend. I've watched her expertise grow in personal wellness and business ownership at an unreal rate and she's maintained her unique, down-home charm along the way. People of all walks are drawn to her and I count myself lucky to be able to access her perspective and insights for my own health and business.” PJ McClure, MBA
“Angela is a person that operates with integrity, authenticity and has a heart of gold! I highly recommend Angela on ALL accounts.” Scott F. Peterson
I've known Angela for over 5 years, we met at a business conference in Chicago. What I love about her approach to business is that she is real and keeps it simple. Her goal with marketing isn't to blow up a huge business using impersonal tactics, she takes the time to create relationships that will last for years to come. When I'm stuck in my business, Angela is always there to help. Jen Springer http://jenspringer.com
Angela Brooks has continually amazed me since I first met her in late 2010. I love reading her blogs and Social Media posts because the content is useful and real. She never pretends to be anyone she isn't online or off. Her passion for learning and helping others allowed her to break all the records in her home business for fastest growth working very part time. Her coaching programs have created massive duplication. We have watched how top leaders growth to success can be cut down by years using her methods and training. If you are serious about growing your home business quickly with part time hours than you must work with Angela. Mary Starr Carter The Total Wellness Doc and Mom www.thetotalwellnessdoc.com
Have you ever felt like you knew someone forever, even when you just met them? And...that you needed to be around them simply because of their energy? That's how it was from the first time I met Angela Brooks. We were in a mastermind group together and her energy and authenticity were a breath of fresh air. Being a speaker, coach and entrepreneur, I have met thousands of women, but only a few stand out as willing to share their brilliance with absolutely no expectations. As a full-time nurse who decided to step out of her comfort zone and start a business, Angela has taken her relationship skills and built a 6-figure business that took hard work and guts, and made it look simple. Using social media and a telesummit, Angela has created not only the buzz, but the momentum for being successful. She shares her tips and strategies in her book to help other business owners realize their dreams and she has realized hers. Judy Hoberman President, Selling In A Skirt Judy Hoberman Profitability Expert For Women www.sellinginaskirt.com
I have known Angela for 4 years. I started a blog before I knew I could monetize and have it add value and income to our family. Angela has helped me learn how to build a culture on social media and my blog. Mary Clendenin www.theencouraginghome.com