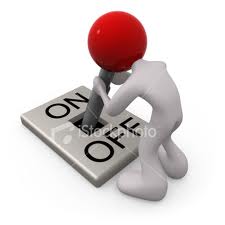 "The function of leadership is to produce more leaders, not more followers." – Ralph Nader

Those who try to control other people simply put are just not nice people- and most likely have deeper issues. A controlling person would like to dictate every move you make including what you ate if they could. He or she wants to have the first words to say…and the last. You know the person I am talking about because you're thinking about that person right now. The one that everyone tries to avoid at all cost. These people try to dominate every aspect your life or the office.

Some people are hard to work with no matter what you do. The hardest part about difficult co-workers is – self control. I have had my share of hard to deal with co-workers. The one that whine every shift about how bad their life is and how terrible company treats them. I have worked with those that are about to retire and find everything to do that is not work and complains about being over worked. I have worked alongside people who have bad breath, bad body odor, loud voices, angry outburst, story tellers who flat out lie to you, and the ones that step on every button you have to just plainly pisses you off. The hardest lesson I have learned is this: I have to control myself so they don't. I don't like the lesson that I learned. It takes a lot of me to stay in control.

When in fact I would like to blast that person with negative, sarcastic come backs that make me feel good at the moment. You know the kind that feels like you are spewing green pea soup and your head spins around until they are speechless. When you argue with them, gossip about them, ignore them, or criticize them. You give them an excuse for more bad behavior.

Their negative behavior causes fear in the people around them which makes them shrink back and not confront the controlling person.

Here are a few signs you work with a controlling co-worker:

·       You Hesitate Before Asking for Things You Need or Want

·       You Feel Angry After Interacting With Your co-worker

How to Tame the Control Freak

You don't have to work in a area long before you see who the control freak is. The one that controls the temperature of the room, to the way you arrange the pencils on the desk to how many pencils should be sharpened or used at one time.

Most control freaks feel they need to retain control because they will lose status or not be needed. Therefore they do not want any help to look overly important, and but they will complain they have to do everything themselves.

Studies have shown that control freaks are insecure, with a low self esteem. They do not like new things or new people coming into their surrounding areas because they have a fear of new and different things.

Because they fight to retain control, find something nice to say about their job and how they are performing. Yes this is probably the hardest thing to do to someone you already know is going to in turn blast you back with green nasty spew.

Even though you have done all you can to nice to this person stand your ground. When you know you are right and you have to have something from this person and they still want to throw a temper tantrum, curse, raise their voice and belittle you – in a professional way of course. You must not back down from doing your job because of the control freak.

Because their method of delivery can often be obnoxious, other people in the office tend to dismiss control freaks as bossy and attempting to control the situation. In reality, they just want to be part of things and in fact can provide valuable input if people would listen. The next time your control freak co-worker starts bossing you around, ask pointed questions. Ask why they want things a certain way, or why they want give you the folder, why they have to have supplies tucked away in their office instead of the supply room.

Reach out for help

Sometimes the control freak is firm on their control that is makes working with them next to impossible. Reach out for help, speak to their supervisor. These are people I refer to as dragons. When their mouth opens they are fire breathers that burn anyone in their path and they do not care. When you meet a dragon you will have no choice but to go to the next level of help. Let your boss know that you are not there to complain, that you are seeking to have the best and least conflict possible with this person. Let your supervisor know that the control freak dragon (you may want to find other words to use) is preventing you from performing your best having to take the time to go through the conflicts of dealing with this one person. Seek resolutions that can work not only for you, but help others as well.

In closing remember the only person you can control is yourself. The control freak dragon has no control over you. The way you respond is the only control you give to them. Sometimes the ole method of counting to 10 is not enough. Walk away – or think before you respond. They are already miserable people don't join them.

Angela Brooks is a mental health nurse devoting over 25 years to the nursing field. Executive Director with young living , She is the author The Nurses Voice, and is a contributor to the nursing magazines "Scrubs Magazine" and "NurseTogether.com".

She is the founder of angelabrook.com, a company dedicated to helping empower nurses who works in the mental health field. Not just for nurses – but those that nurse others in life. She is the nurses voice, the voice for those unheard.

We Would Love to Hear From You

10 thoughts on “Fearful People Are Easy To Control”

This site uses Akismet to reduce spam. Learn how your comment data is processed.

13 Tips on how to leverage LinkedIn

Most people know that social media is an effective recruiting tool, but they struggle with what exactly to say in order to start the conversation.

Leverage the power of LinkedIn in one hour a day.

Categories
Recent Post
What Others Have to Say
"Angela is a valued leader in the industry, if you're looking to become a top producer then you can't go wrong working with Angela. The time Angela gave to me was forthcoming and unwavering, I hope to connect up with her again in the future." Michael Henry
I put Lavender puts my very active 2-yr-old daughter to sleep almost immediately! I've made it a part of a very special and new "princess" bed time routine and she loves to smell her feet after I'm done :) Also, last night, I u...sed it on myself and my husband loved it! He kept saying, you smell sooooo good! I felt like I was on a 2nd honeymoon :) Thanks! Aesha Adams-Roberts www.aeshaonline.com
In the crowded world of internet personalities, Angela Brooks is a breath of fresh air. Talking to her in a meeting or on a conference call is no different from enjoying a cup of tea at her kitchen table. She’s real. She’s honest. And she’s never afraid to share what she has learned to help inspire or educate someone else - even when there’s nothing in it for her. Amity Hook-Sopko Editor, Green Child Magazine (www.greenchildmagazine.com)
In the years that I have known Angela, she is consistently one of the most focused and caring people I know. Her passion for coming alongside people who have decided to make a positive change in their lives is simply inspiring. The lives that have been touched and improved by her servant leadership reach far and wide in many directions because she never shies away from the opportunity to be available to the people who call her friend. It's been a delight to know her and to see the lives that she's impacted through business and connecting on social media. Annie Berryhill Lifestyle Strategist- Author of the book, Breakthrough to Freedom-Creating a Life You Love On Purpose. www.anneberryhill.com
Angela Brooks has a rare combination of fire, compassion, and resourcefulness that makes her an indispensable friend. I've watched her expertise grow in personal wellness and business ownership at an unreal rate and she's maintained her unique, down-home charm along the way. People of all walks are drawn to her and I count myself lucky to be able to access her perspective and insights for my own health and business.” PJ McClure, MBA
“Angela is a person that operates with integrity, authenticity and has a heart of gold! I highly recommend Angela on ALL accounts.” Scott F. Peterson
I've known Angela for over 5 years, we met at a business conference in Chicago. What I love about her approach to business is that she is real and keeps it simple. Her goal with marketing isn't to blow up a huge business using impersonal tactics, she takes the time to create relationships that will last for years to come. When I'm stuck in my business, Angela is always there to help. Jen Springer http://jenspringer.com
Angela Brooks has continually amazed me since I first met her in late 2010. I love reading her blogs and Social Media posts because the content is useful and real. She never pretends to be anyone she isn't online or off. Her passion for learning and helping others allowed her to break all the records in her home business for fastest growth working very part time. Her coaching programs have created massive duplication. We have watched how top leaders growth to success can be cut down by years using her methods and training. If you are serious about growing your home business quickly with part time hours than you must work with Angela. Mary Starr Carter The Total Wellness Doc and Mom www.thetotalwellnessdoc.com
Have you ever felt like you knew someone forever, even when you just met them? And...that you needed to be around them simply because of their energy? That's how it was from the first time I met Angela Brooks. We were in a mastermind group together and her energy and authenticity were a breath of fresh air. Being a speaker, coach and entrepreneur, I have met thousands of women, but only a few stand out as willing to share their brilliance with absolutely no expectations. As a full-time nurse who decided to step out of her comfort zone and start a business, Angela has taken her relationship skills and built a 6-figure business that took hard work and guts, and made it look simple. Using social media and a telesummit, Angela has created not only the buzz, but the momentum for being successful. She shares her tips and strategies in her book to help other business owners realize their dreams and she has realized hers. Judy Hoberman President, Selling In A Skirt Judy Hoberman Profitability Expert For Women www.sellinginaskirt.com
I have known Angela for 4 years. I started a blog before I knew I could monetize and have it add value and income to our family. Angela has helped me learn how to build a culture on social media and my blog. Mary Clendenin www.theencouraginghome.com